Single. This seems like a daunting fact of life. Especially as you get older, everyone wants to know who you’re dating, why you aren’t dating, or what happened to so and so. Between the people who I work with and my close friend group, I’m one of two people that are single. Yes, you read that right-two.

Everyone sees all these people, and believe me, all over TikTok, that are gushing about their relationships. They may be talking about Ring by Spring (this is a pretty southern tradition, where people meet in the fall time and get engaged by the spring). I also keep getting thrown into the wedding/engagement side of TikTok and Instagram.

I try to keep this corner of the internet a little more light. However, there comes a time when sharing the latest fashion finds, why we need to change our ways, or some financial insight just doesn’t feel right. Luckily, this space is ours and this is where you can find a little bit of everything. Including, the honest feelings of the single friend.

If you are wondering, does this girl have any credibility in writing this…the answer is yes. I’ve been on dates, but have never had a serious relationship. I’m not one of those girls on The Bachelor that claim they’ve never been in love or have never said “I love you” but anyone can scroll on their Instagram to find where they’ve had plenty of posts devoted to significant others that all have “ily” in the caption. In fact, I could never do any of those dating shows because of the fakeness.

I digress, let’s stay on topic. If you’re in a relationship with someone, I know you have single friends. I’m sure they’ve made statements like “oh you’re so lucky”. I know because as the single friend, I do it. This post is to help you have a better relationship with your single friends. So many of my friends didn’t realize what they said was not helpful or even hurtful until I called them out on it. Your friend may not work in an environment where it is easy to meet other people. They might not live in a town that has a huge nightlife now, and maybe not even in non-COVID times.

My Honest Feelings about Being “The Single Friend”

I could put some very strong words here, but I’m going to keep it PG. It’s not fun. Especially when you’re the only or one of the only single friends in the group. You always feel like a third, or fifth, or seventh wheel. Even if the significant other isn’t there. Why? Because to the single friend, it feels like the conversation is always about the relationship or know it will come up. They probably fear the question: “how’s your boyfriend/fiance/husband?” but ask it anyway to be polite. For the perpetually single person in their 20s, it’s even worse. Change that to their *late* 20s and boy, does that feeling multiply by about a million. The comments of “I don’t know why every guy isn’t paying attention to you” and “you’re soooo pretty” do not help either.

This post would not be complete without sharing how the single friend often feels replaced. No matter how close you are, when there is a significant other in the picture, the person who is single will feel left out. Maybe it’s a simple day out to you with your significant other (which fair enough you deserve your alone time), but when you’re single friend sees the picture, they’re going “why isn’t that me?” or “man, I wish I could’ve done that!”. Now, they’re also genuinely happy for you (most of the time). For real, they aren’t your real friend unless they’re cheering your relationship on. However, that doesn’t mean there isn’t a slight stabbing feeling to the heart every time one of those couple’s pictures shows up on their Instagram feed or in their stories.

Deep down, we know you aren’t trying to replace us, ignore us, or any of the other feelings we feel. The single friend knows that is never your intention (and if it is, that’s just rude and you should cut your friend loose).

The Advice that Needs to Go

Let’s be real: your single friends are probably the people who hype up your relationship the most. They’re the ones helping you get ready for dates, giving you advice, etc. Now, let’s switch the situation. You, the taken friend, need to give advice.

I will say the biggest pieces of “advice” (using that term loosely here) are “to enjoy being single”, “guys suck” or my least favorite “you’re too good for him”, ok then. It’s not exactly helpful. If I’m being completely transparent, it *sucks* to hear this. Especially when it’s coming from people who always seem to have a boyfriend, or have someone interested in them. Honestly, it doesn’t make the single person feel better, in fact, it often makes me feel worse. Instead of comfort, it gives me a feeling of “what is wrong with me?” and it creates the internal dialogue of “why am I not good enough?”. At the end of the day, the bottom line is pretty simple: these things make the person feel worse about the situation they have zero control over.

Oh and let’s not forget the ever-popular: “you just haven’t met the right person yet”. Ok, so help a girl out. This is especially hard when the advice giver’s social media is covered with pictures with friends, yet the person you’re talking to is never invited. It doesn’t even matter who you’re hanging out with. It could be your husband and his family (all of which are in long-term relationships), and it would still hurt. Why? Because to the person who is single, it’s one less opportunity. Also, this statement is completely unhelpful. There is nothing useful in that statement of “advice” you gave. I actually have a really hard time even calling this advice.

When you go shopping, don’t say “oh, I’m sure that will get X’s attention”. First off, no one wants to buy an outfit with one person in mind when they’re single. Instead, say “oh my goodness, that looks great on you!” or some variation of that. Be the hype woman for your friend.

Also, the “none of my guy friends are good enough” or “I wouldn’t suggest any of my guy friends” or whatever variation of that statement you want to go with. It does not make the single friend feel any better. One, either your friends with awful people or you don’t think the single friend is good enough to be with them. Two, why wouldn’t you want your two friends to date? Honestly, it probably makes it easier on you, especially when it comes to group things.

What Your Single Friend Wants

Instead of saying no to setting your friend up with your guy friends, say “hey, why don’t you come to X event that my friends will be at”. This way, whatever happens, will happen naturally.

Check in with your single friend: “Hey, I know you’re single. Do you want to talk about it?” At some point, your friend will want to be heard, especially if they ask about your relationship all the time. Sometimes, we just want to vent.

Spend time with your single friend without your significant other or a group. Often, especially in new relationships, the people get wrapped up in them. That’s okay! However, remember that your single friend does not always want to hang out with both you and your significant other. Make sure that you’re making time for your relationship with your friend.

Your single friend is happy for you, but they also don’t want to be forgotten or forced into always hanging out with people that are happy in their relationship. The single friend doesn’t want advice, no matter how well-intended it is. Your friend wants to spend time with you where you don’t necessarily talk about your relationship.

Most importantly, remember that your single friend exists. We often feel kicked to the curb when our friends are always busy with their partner. Again, we know that this is not your intention, but we just want to feel just as important as your relationship. Please, don’t forget to hype up your single friend. When they’re sad because they’re single and when you’re talking to guys about them. 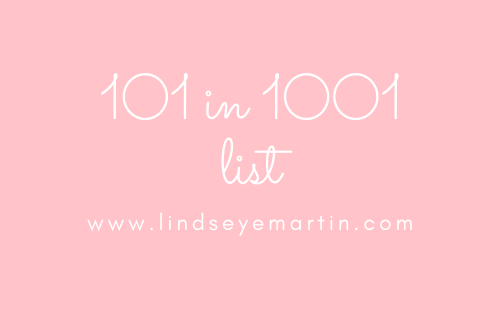 Let’s be real this is really a Callie fan accoun

“Oh my gosh, we were cute once”-me when lookin

The highlight of the past week was definitely bein